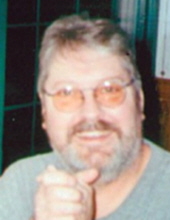 Carl W. Couch, age 67, of Eaton, OH passed away Sunday, May 26, 2019 at Hospice of Dayton. He was born April 23, 1952 in Hamilton, OH to the late Calloway and Marjorie (Benner) Couch. Carl was a musician since he was 15 years old, playing professionally for most of his life. He was most known for playing the bass guitar. He also farmed for many years; and attended Lewisburg United Methodist Church. In addition to his parents, he was also preceded in death by his nephew Jerry Lee Grim. He is survived by his wife of 44 years, Claudia Couch of Eaton; sister Linda Grim of Eaton; nephew Rusty (Dana) Grim of Richmond; niece Cassie (Jim) Newton of Eaton; sisters-in-law: Babette (Jim) Runkle of Piqua and Ellen (Tom) Ersted of Eaton; brother-in-law Les (Eileen) Byrd of Eaton; and numerous other nieces and nephews and great nieces and nephews. Visitation will be held on Friday, May 31, 2019 from 5:00 pm until time of funeral service at 7:00 pm at the Girton Schmidt & Boucher Gard Funeral Home, 226 West Main Street, Eaton with Pastor Don Trumbull officiating. Memorial contributions may be sent to Hospice of Dayton or Humane Society of Preble County. Online condolences and other remembrances may be sent to the family by visiting www.gsbfuneralhome.com.
To order memorial trees or send flowers to the family in memory of Carl W. Couch, please visit our flower store.