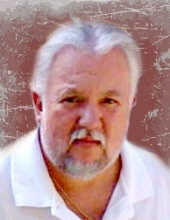 Clarence A. Driver Jr., age 63, of New Paris, passed away Saturday, December 30, 2017 at Reid Hospital in Richmond. He was born in Richmond on September 14, 1954 to the late Clarence A. and Marjorie (Monroe) Driver, Sr. He was a U.S. Army Veteran; and was a member of the Twin Creek Chapel Church, West Manchester. He also taught sunday school and was a deacon for many years. He was an avid Ohio State Buckeyes, Cincinnati Bengals and Cincinnati Reds fan; and was very patriotic and loved his country. In addition to his parents, he was also preceded in death by his infant sister Charlotte Mary Driver. He is survived by his wife of 38 years, Carla Driver of New Paris; sons Jeremiah Shane (Angie) Driver of Troy, Isaac Driver of Louisville, KY and Ian (Elizabeth) Driver of Fountain City; grandchildren Uriah Driver, John Driver, one expecting, Mallei Driver, and Aubrei Driver; sisters Connie (Gary) Jipner of Phoenix, AZ and Jolinda (J.W.) Cooper of Dayton; brothers Dane (Ernestine) Driver of Wayne Lakes and Mark (Brenda) Driver of Eldorado; and numerous nieces and nephews. Funeral services will be held at 10:00 am on Thursday, January 4, 2018 at the Girton Schmidt & Boucher Gard Funeral Home, 226 West Main Street, Eaton, OH with Pastor Rodney Shelley officiating. Burial will be at Preble Memory Gardens, West Alexandria, OH. Visitation will be held on Wednesday, January 3, 2018 from 6:00 to 8:00 pm at the funeral home. Memorial contributions may be sent to Voice of Martyrs, 1815 SE Bison Rd, Bartlesville, OK 74006. Online condolences may be sent to the family by visiting www.gsbfuneralhome.com.
To order memorial trees or send flowers to the family in memory of Clarence A. Driver, Jr., please visit our flower store.