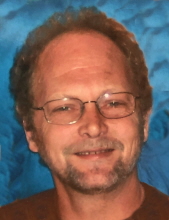 David W. Jennings, age 60, of New Paris, Ohio passed away at Hospice in Franklin, Ohio on Tuesday, November 17, 2020.  He was born February 23, 1960 in Richmond, IN to Albert D. Jennings and the late Margaret (Jefferis) Jennings. He was a 1978 graduate of National Trail High School. David enjoyed playing sports like baseball and softball. David had a great slow pitch and a hard throw that he enjoyed “burning” up the receiver of that catch. He loved most of all spending time with his family boating, water skiing, and camping. He especially loved building projects with his son, Daniel, and his Dad, Al. One of Dave’s favorite comments during special times with his family was, “This is priceless.”  He formerly worked at Spartech Plastics and Perpetual Recycling in Richmond, IN; and most recently worked at Schneider Electric in Oxford, Ohio. In addition to his mother, he is also preceded in death by his brother, Daniel “Danny” Jennings. He is survived by his wife of 39 years, Treasa (Gaw) Jennings of New Paris, Ohio; son, Daniel David Jennings (fiancé, Alyssa Dawson) of Eaton, Ohio; father, Albert D. Jennings (Joan Jones) of New Paris, Ohio; sister, Marlenia Kay (Jay) Troutwine of Richmond, IN; brothers: Randy Jennings and Barry (Linda) Jennings both of Richmond, IN; mother-in-law, Ann R. Harrison of Eaton, OH; sisters-in-laws: Angela Daugherty of Eaton, OH and Debbie Sheard (Tim) of Eldorado, OH; nephews and nieces: Jason Troutwine (Heather), Jeremy Troutwine (Nicole), Joshua Troutwine (Kacey), Candace Lee (Jason), Tracy Gray (Matt), Terry Jennings (Vickie), Todd Jennings (Melissa), Travis Jennings (Angel Evans), Steve Sheard, Sara Sietz (Stefan), Brandy Foust (Cassidy); and is also survived by numerous extended family members and many special friends.  David will be remembered for his kind and giving heart by all those who love him.  Visitation will be held on Monday, November 24, 2020 from 6:00 to 8:00 pm at Girton Schmidt & Boucher Gard Funeral Home, Eaton, OH.  Funeral service will be at 11:00 am on Tuesday, November 24, 2020 also at the funeral home.  Burial will follow at Springlawn cemetery in New Paris, OH. Online condolences and other remembrances may be sent to the family by visiting www.gsbfuneralhome.com.
To order memorial trees or send flowers to the family in memory of David W. Jennings, please visit our flower store.