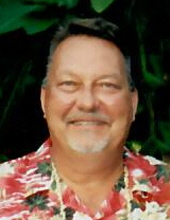 Jeffrey A. Miller, age 71, of Eldorado, OH went home to be with the Lord on Sunday, February 14, 2021 at Reid Hospital in Richmond, IN.  He was born June 7, 1949 in Richmond, IN.  He was a 1967 graduate of Monroe High School; he worked for several years at Wayne Corporation in Richmond and later retired from Woodruff Corporation also in Richmond; was a member of Sons of AMVETS Post #726, Eldorado; and a member of the American Legion Post #360, New Paris.  He enjoyed motorcycles and NASCAR and the time spent with his friends, the ROMEO Club (Retired old Men Eating Out).  He was preceded in death by his father Curtis C. Miller; sister Linda Cruze; and brother Neal Miller.  He is survived by his wife of 43 years, Kathleen Miller of Eldorado; mother Barbara J. Moore of Eldorado; mother-in-law June Swihart of Eldorado; sisters-in-law Luana Swihart of Eldorado and Roxann (Scott) Glander of Eldorado; brother-in-law Kurt (JoEllen) Swihart of New Paris; and numerous nieces and nephews.  Visitation will be held on Saturday, February 20, 2021 from 10:00 am until time of funeral service at 11:30 am at the Girton Schmidt & Boucher Gard Funeral Home, 226 West Main Street, Eaton, OH with Pastor Kenneth Stewart.  Burial will follow at Greenmound Cemetery in New Madison, OH.  Memorial contributions may be sent to the Eldorado United Methodist Church or AMVETS Post #726, Eldorado.  Online condolences and other remembrances may be sent to the family by visiting www.gsbfuneralhome.com.
To order memorial trees or send flowers to the family in memory of Jeffrey A. Miller, please visit our flower store.