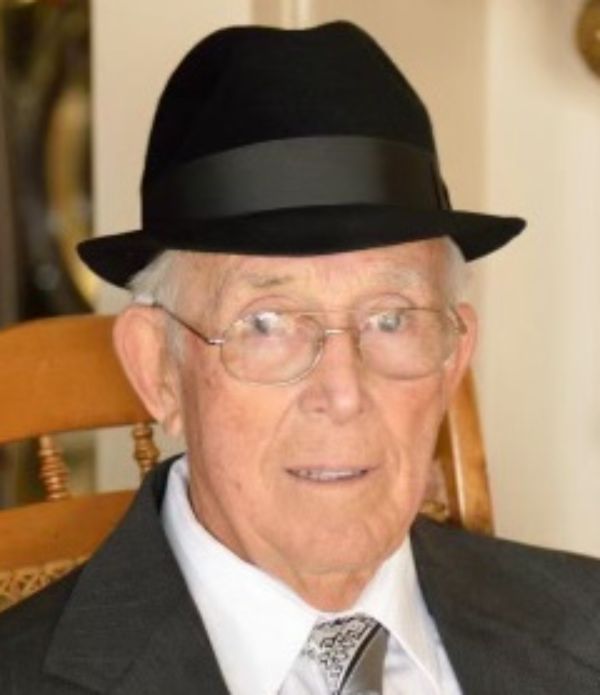 Lloyd Robert Cross, age 94, of Camden, OH passed away peacefully on Monday, August 15, 2022 at his residence.  He was born February 25, 1928 in Bristol, VA to the late Thurman Guy and Dora (Booher) Cross.  Lloyd was a U.S. Army Veteran that served during WWII and a life member of the V.F.W. Post #1577, Camden; and was a member of the Preble County Honor Guard.  He retired in 1977 from General Motors Delco Air in Dayton with 33 years of employment.  He was the founder of Cross’s Campground in Camden starting in 1971, running it with his wife for over 30 years.  He was a former firefighter and Fire Chief with 26 years of service to Camden and Somers Township Fire Departments; was a member of the Camden Masonic Lodge #159, Eaton Chapter #22, Preble Council #135, Jerusalem Commandry #75, A.A.S.R. Scottish Rite Valley of Dayton 32nd Degree, Antioch Shrine, Dayton, OH, Ohio Priory #18, and K.Y.C.H.; was a member of the First Southern Baptist Church in Camden; and was an avid blood donor, donating over 30 gallons in his lifetime.  In addition to his parents, he was preceded in death by his brother Howard Cross; and sister Beulah Camper.  He is survived by his wife of 71 years, Jean Michael Cross of Camden; daughter Kathy (Gary) Stahlheber of Camden; son Rick (Carol) Cross of Farmersville; daughter Debbie (Randy) Brandenburg of Camden; grandchildren: Angela Weadick, Mike (Ann) Weadick, Donna Cross, Steve (Sarah) Weadick, Rob (Jenni) Cross, Shelly (Mark) Stephenson, Brittany (Doug) Flowers and Ashley (Tom) Myers; 13 great grandchildren; brothers Albert “Todge” Cross of Tennessee and Randy (Kathy) Cross of Virginia; and numerous nieces and nephews. Visitation will be held on Thursday, August 18, 2022 from 5:00 to 8:00 pm at the First Southern Baptist Church, 35 N. Liberty Street, Camden, OH 45311.  Funeral service for Lloyd will be held at 11:00 am on Friday, August 19, 2022 at the church with Pastor Greg Jackson officiating and with visitation one hour prior to services. Burial will follow at Fairmount Cemetery in Camden, OH. Gard Funeral Home, Eaton is assisting with arrangements. In lieu of flowers, memorial contributions may be sent to the Camden Fire Department and Camden EMS. Online condolences and other remembrances may be sent to the family by visiting www.gardfuneralhome.com.

To order memorial trees or send flowers to the family in memory of Lloyd Robert Cross, please visit our flower store.