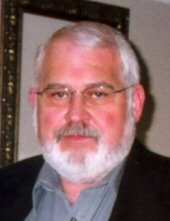 Michael R. Bell, age 71, of Eaton, OH passed away Thursday, November 28, 2019 at Kindred Hospital in Dayton, OH. He was born April 4, 1948 in Richmond, IN to Bernadine (Veregge) Bell and the late Robert F. Bell. Mike was a 1966 graduate of Eaton High School and lived all of his life in Preble County; after graduation he worked with his father on the family farm until he was called to serve in the U.S. Army during the Vietnam War; after his military service, Mike drove a semi-truck for many years for Barnets Trucking and MMS Trucking Company. He was preceded in death by his father Robert Bell; step-sister Connie Terry; aunt Mary Lou Keehner; aunt and uncle Sandy and Robert Ball; uncle Dovey Virgne; and cousins Brian Bell, Cindy Flory and Rick Keehner. He is survived by his mother Bernadine Bell; aunt Virginia Virgne; uncles Dave (Sherry) Bell and Bill Keehner; step-sister Debbie (John) Kramer and step-brother Don Terry; and many cousins and friends. A special thank you to his special friend Gail Derr and cousin Bruce Bell for taking care of Mike.   Family and friends will be received on Saturday, December 7, 2019 from 1:00 pm until time of memorial service at 2:00 pm at the Girton Schmidt & Boucher Gard Funeral Home, 226 West Main Street, Eaton, OH with Pastor Stan VanAusdal officiating. Interment will follow at Mound Hill Cemetery in Eaton. Online condolences may be sent to the family by visiting www.gsbfuneralhome.com.
To order memorial trees or send flowers to the family in memory of Michael R. Bell, please visit our flower store.