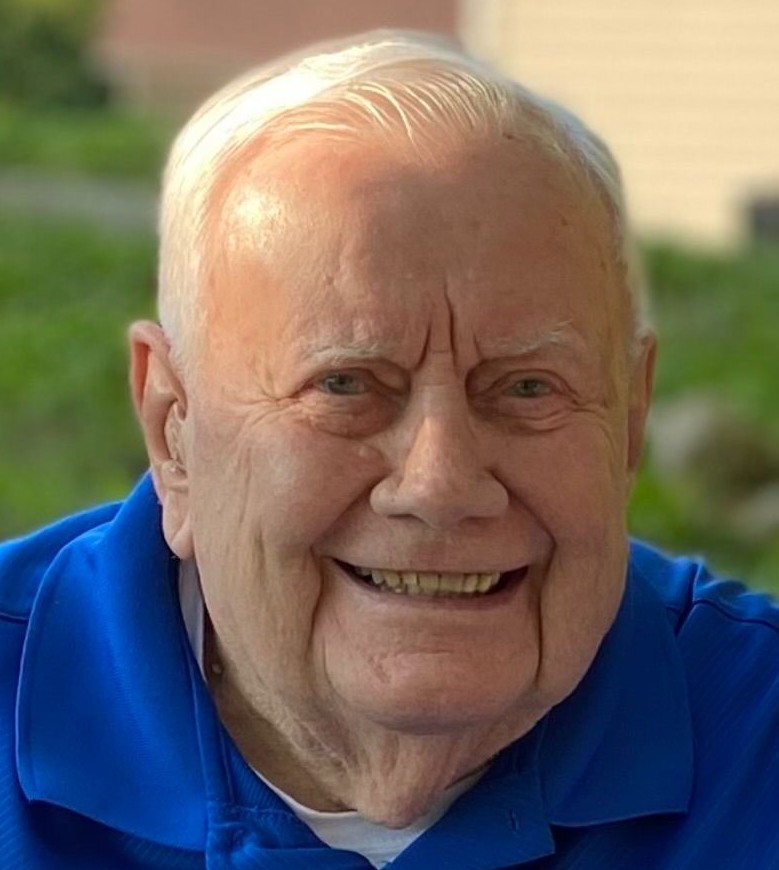 Ralph R. Douglas, age 90, of New Paris, OH passed away Tuesday, August 16, 2022 at his daughter’s residence surrounded by his loving family.  He was born February 1, 1932 in Ecorse, MI to the late Walter and Lula Douglas.  He was a beloved husband, father, grandfather, great grandfather and dear friend to many.  Ralph never knew a stranger and the world was his friend.  He earned his Bachelor’s Degree from the University of Michigan; was a U.S Air Force Veteran that served during the Korean War and was a member and Past Commander of the Priddy Walters American Legion Post #665, West Manchester; he worked for many years for the Ford Motor Company in Dearborn, MI, Connersville, IN and finished his career with Ford as a consultant at the Cocolisa, Mexico Plant; he help to establish the New Paris Ambulance Squad, where he served the community and was former Chief for many years and later served on the Northwest Fire and Ambulance Squad; was a Pilot and member of the Sky Raiders Flying Club in Brookville, OH; he help start the First Baptist Church in New Paris, servings as a Deacon, Treasurer and Sunday School Teacher for many years; and most recently was a very faithful member of the Eldorado Baptist Church, where he also served as Deacon and Treasurer.  In addition to his parents, he was preceded in death by his wife Zelma Douglas; son Richard Michael Douglas; son-in-law Michael D. Carpenter; son-in-law David W. Messick.  He is survived by his daughter Michelle Carpenter of Elk Rapids, MI; daughter Cynthia Messick of New Paris, OH; daughter Nicole (Mark) Porter of New Paris, OH; daughter-in-law Susan Douglas of Huber Heights, OH; grandchildren: Nicholas (Katie Wibby) Carpenter, Taylor Carpenter, April Douglas, Steven (Diana) Douglas, Matthew Messick, Michelle (Michael) Eyler, Mackenzie Messick, Tyler Porter, Evan Porter, Ella Porter; and great grandchildren: Selena Douglas, Isabella Wibby and Raven Douglas.  Visitation will be held on Friday, August 26, 2022 from 5:00 to 8:00 pm at the Gard Funeral Home, 226 W. Main Street, Eaton, OH.  Funeral service for Ralph will be held on Saturday, August 27, 2022 at 10:00 am at the funeral home with Pastor Scott Moler officiating.  Burial will follow at Springlawn Cemetery in New Paris.  Memorial contributions may be sent to Priddy Walters American Legion Post #665, 450 North Main Street, West Manchester, OH 45382 or Eldorado Baptist Church, 118 N. Main Street, Eldorado, OH 45321.  Online condolences and other remembrances may be sent by visiting www.gardfuneralhome.com.

To order memorial trees or send flowers to the family in memory of Ralph R. Douglas, please visit our flower store.