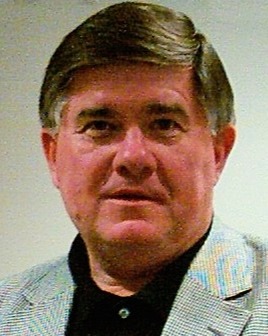 Eric W. “Rick” Daily of Eaton passed away Saturday, December 17, 2022. He was born in Hamilton, Ohio November 15, 1946 to the late Howard and Golden Daily. Rick was preceded in death by his brothers Curtis and Paul Daily and his sister Nancy Daily Grassmann.  Rick is survived by his wife of 35 years, Linda Daily; his children Gretchen (David) Curry, Greg (Kristy) Daily, Erica (Brad) Harris, Ben (Kate) Maffett; his brothers Bill (Sue) and Dave (Janet) Daily; his sisters-in-law Cheryl Daily and Beverly Daily; brother-in-law Forrest Grassmann; grandchildren Bradley, Blake and Molly Curry, Hanna (Matthew) Mays, Greyson and Reagan Harris, Madeline and Joseph Maffett, Emily and Annie Barth; Aunt Kathleen Mote; and many nieces and nephews.  Rick lived a life of service to his family and community. He was raised on the family farm. After graduating from Preble Shawnee High School in 1964, Rick eventually became the manager of Germantown Federal Bank. Later he co-owned and operated both Dailys’ Inn and Daily Agency Real Estate and Insurance with his brother Bill. Rick's support of the community was demonstrated in his many roles and accomplishments. Rick served in the following capacities: Eaton City Council (1971-2001), Eaton Vice Mayor (1973), and Eaton City Mayor (1974-1989). During Rick’s service, he was instrumental in the city’s industrial growth and enhanced services to improve citizens’ quality of life. The boundaries of the city were expanded, Eaton Emergency Medical Services was created, and Fort St. Clair Park was annexed and reopened. He also served on numerous volunteer boards in the city, including the United Way, Rotary International (past president and recipient of Paul Harris Fellow Award), the Eaton Little League (past president), and Eaton Optimist Club (charter member). Another of Rick’s accomplishments was co-chairing the city’s 2006 yearlong bicentennial celebration. In addition, Rick served Eaton First Presbyterian Church as a Session member and president. Always most dear to Rick’s heart, however, was his family whom he cherished.  A celebration of life will be held at First Presbyterian Church 123 W Decatur St., Eaton, Ohio on Monday, December 26, 2022. Visitation from 1:00 P.M. until 3:00 P.M., at which time the service will begin and be officiated by Pastor Annie Melick.  Gard Funeral Home, Eaton is assisting the family with arrangements.  Memorial contributions may be made to First Presbyterian Church or the charity of your choice. Online condolences may be sent to the family by visiting www.gardfuneralhome.com.

To order memorial trees or send flowers to the family in memory of Eric W. "Rick" Daily, please visit our flower store.